Recommended books about Israel and the Israelis - Traveling in Israel

The better you prepare for your trip, the more you’ll enjoy it. One of the best ways to get to know Israel is by reading Israeli literature. Good Israeli novelists are able to show the full spectrum of Israeli society in an in-depth and sensitive way. The list below includes a wide variety of books. I tried to include books that have been translated into many languages.

I doubt that many would attempt to read the entire Bible before coming to Israel and yet it’s impossible to compile a list of literature about Israel without starting with the Bible. The Bible is the best-selling book of all time and it made the Jewish people what it is today. I don’t recommend wandering around with a heavy Bible, but you can always download the Bible as an app or e-book and read from it at the relevant sites.

Non-religious people may balk at the idea of reading the Bible because of the occasionally unclear language, because of memories of boring Bible class in high school, and because the Bible ‘belongs’ to believers. But the Bible doesn’t belong to any religious man.
In recent years many writers have approached the Bible from a different, non-religious perspective. Meir Shalev was a pioneer in this field. In his book, ‘Beginnings’, he writes about the first time – the first laugh in the Bible, the first kiss, the first instance of love, etc.

The Arab-Israeli conflict can be discussed in Jerusalem or in Golan Heights, Christianity can be talked about in any church, but Orthodox Jewish society, a topic that interests many, is altogether more difficult to approach. As travelers you might speak to secular Jews, Arabs, and settlers, but do not expect Orthodox Jews to start a conversation with you. They don’t like people wandering through their neighborhoods in order to take photos of them (and with good reason; they aren’t an exotic species). It’s more likely you will get to know them by reading books. Yochi Brandes and Naomi Ragen are two writers who grew up in the Orthodox world and who write about their experiences and about Judaism in general.

It takes a lot of courage for a writer to name a book ‘Jerusalem: The Biography’ but Montefiore is up to the task. Although I can recommend this book, I doubt that all those who praise it have actually read it all. It is not an easy read, even for a tour guide. If you managed to remember even one tenth of what it says, you could become a tour guide in Jerusalem.

Many travel books and pilgrim diaries have been written about the Holy Land. This book is one of the best, and among the most unusual. Unlike pilgrims, who describe deep religious emotions and spiritual experiences, Mark Twain describes the empty, deserted Holy Land and its pilgrims with a certain disparagement and sarcasm. The best-selling of Twain’s works during his lifetime, it was written in 1867 as he traveled on board the chartered vessel Quaker City. In many ways, this cruise was the first of its kind, and marks the beginning of tourism to the Holy Land that was not strictly religious.

Amos Oz is probably the best-known Israeli writer working today. His autobiography, ‘A Tale of Love and Darkness,’ led to his nomination for the Nobel Prize for Literature. Oz was born in Jerusalem, grew up on a kibbutz, and moved to Arad, so his story is in many ways the story of Israel. Other good books of his are ‘My Michael’ and ‘Black Box’.
David Grossman is one of the best-loved writers in Israel. ‘Someone to Run With’ is a great book. The action takes place in Jerusalem in the year 2000. Another of Grossman’s novels is ‘To the End of the Land,’ which describes the journey of a woman who leaves her home so that if her soldier son falls in battle she won’t be at home to hear about it.
Other than non-fiction books about the Bible, Meir Shalev has written some great novels. Many of them are about Zionist pioneers at the beginning of the 20th century. My favorite is ‘The Blue Mountain’. Other great books are ‘A Pigeon and A Boy’ and ‘Fontanelle’.
The book ‘A Trumpet in the Wadi’ was written by Sami Michael. It is a love story between a Jewish-Russian immigrant and an Arab woman set in Wadi Nisnas, a neighborhood in Haifa. Eli Amir’s book ‘Yasmine’ is another love story between an Israeli soldier and an Arab woman from Jerusalem, this time set in the wake of the Six-Day War (1967). Both Eli Amir and Sami Michael grew up in Iraq and their books combine a deep understanding of both Arab and Israeli societies.
In his short story collection ‘Missing Kissinger,’ Etgar Keret doesn’t write about Jerusalem. He doesn’t write about the Bible either. The principal themes of his books don’t include Orthodox Jews or other tensions in Israeli society. Keret won’t win the Nobel Prize for Literature (although he writes very well). He doesn’t even write about the Arab-Israeli conflict.

Of all the many great Israeli writers and books about Israel, here are my top five:

…
If you’re planning a trip to Israel and want my team to build you a whole package including luxury hotels, guides and attractions, then you can schedule a call here.

If you’re traveling on a modest budget, you can also purchase my Booklets, in which I basically wrote down everything that I say on my 3 most popular tours: Jerusalem, Tel Aviv, and the Judaean Desert. I also added maps, pictures and graphics which will enable you to be your own guide. The booklets are only sold outside Israel, so order now and come prepared! Or download as a PDF or EPUB (e-book).

Planning your trip to Israel?

I want my internet site to be the best source of information about traveling to Israel. For that to be the case, I need your help. I want to know what you want to know, so if you have any questions, please write them down here and I will do my best to answer them!
Tweet
Share
Pin
Share
0 Shares 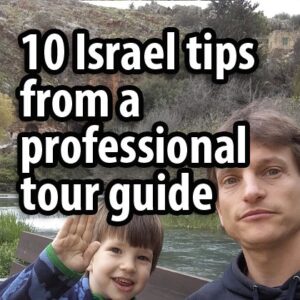 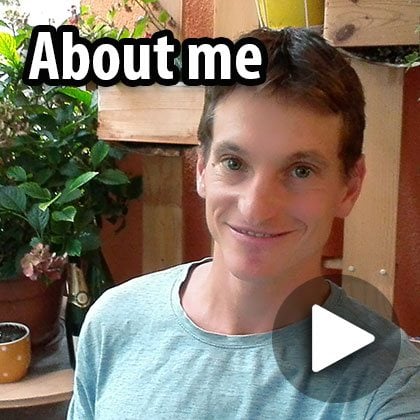